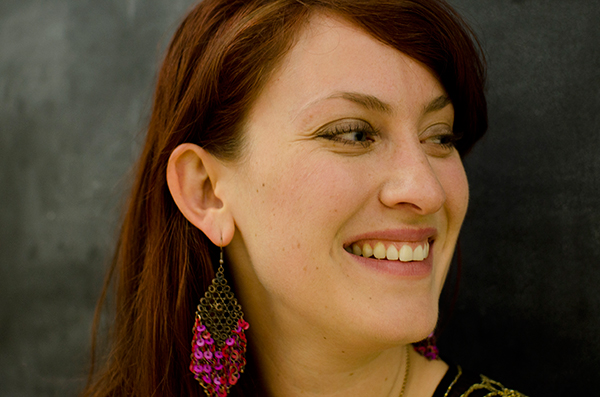 A graduate of the Guildhall School of Music and Drama, and Jazz Institute Berlin, singer and composer, Fini Bearman, is already being recognised on the London scene as an exciting and original artist, and in 2010 she was nominated for Jazz Singer of the Year, alongside some of the cities top singers.

She has been invited to sing and feature with various bands, including working with and featuring on the album ‘Mandorla’ by F-ire associate and saxophonist, Carlos Lopez Real for which after singing on 3 songs, she was described as 'an emergent young vocalist', by Chris May from allaboutjazz.com, and Chris Parker from the Vortex Jazz Club said she handled the technically challengingly music with ‘elegant assurance’.

Finiis busy performing and touring across the UK, as well as working frequently in Berlin and Germany, where she has a working quartet, with whom she has also recorded an album, yet to be released. Fini has performed at various venues and festivals across Europe, including London’s Ronnie Scotts, Pizza Express, the London Jazz Festival, the Berlin Jazz Festival and the cities famous A-Trane jazz club. She has also performed her songs on live radio (BBC Kent), and performed on BBC London and at the famous Maida Vale studios. Fini’s debut album ‘Step Up, is a collection of original songs, with a dizzying range of influences from Jo

She writes songs that reflect her own experiences, both funny little ditties, and frank and honest accounts on life. Both with and without text, poetry settings and original words, this music explores various corners of contemporary music, citing Brazilian and South American influences alongside Western Classical traditions, modern jazz and popular music.

Fini also sings with the London Vocal Project, which is a group of singers showcasing ‘some of the cities finest vocal talent’, who have already performed with Bobby McFerrin, Kenny Wheeler and Jon Hendricks.